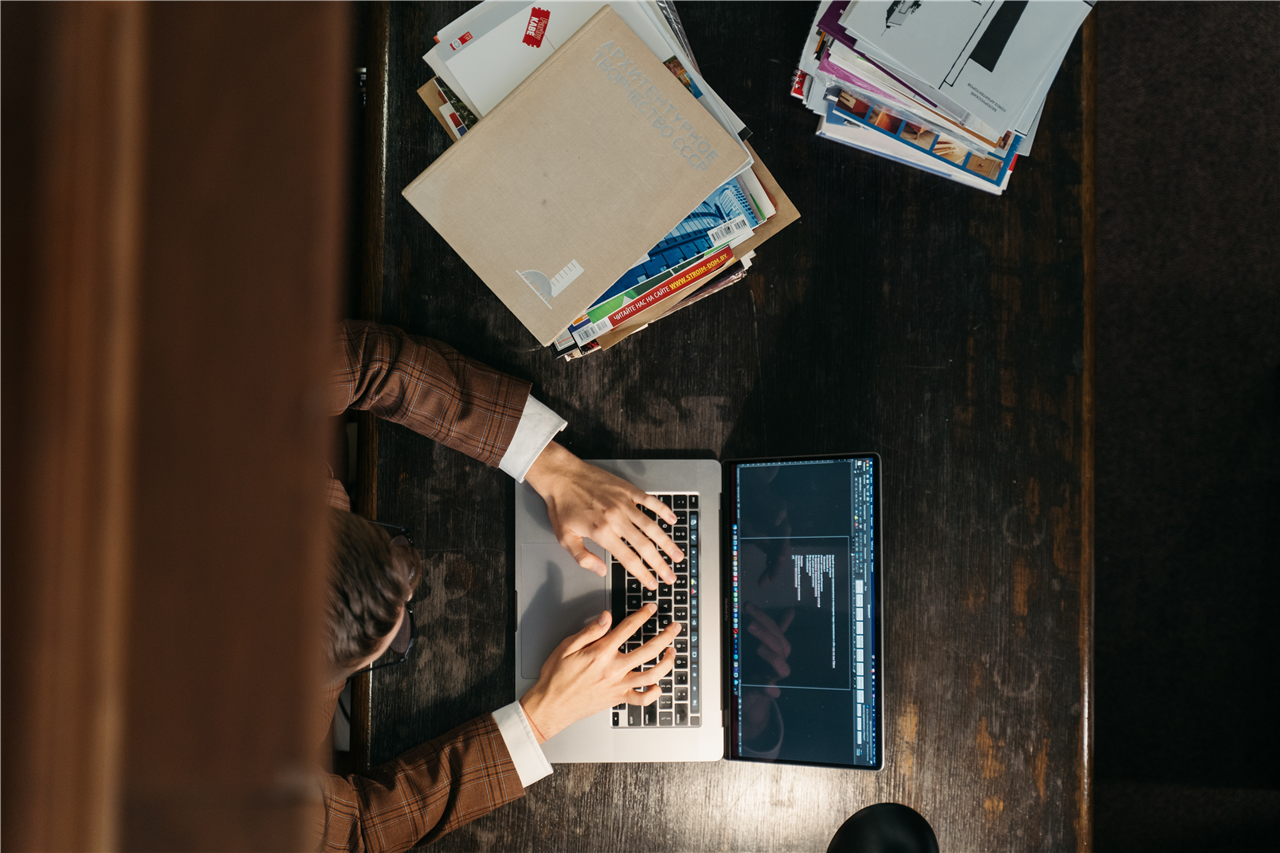 Peel J was faced with an application for a freezing injunction by the husband seeking to restrain the wife from dealing with her overseas assets. The application had passed through the urgent applications judge in mid October, and by the time of the hearing before Peel J the husband had modified his position such that he sought orders against the wife’s assets in this jurisdiction only.

The parties, both Pakistani citizens and in their late 30s, met in Dubai, married in 2014 and lived in the Middle East. The husband worked in banking and the wife, from a wealthy family, worked in the family business. They have one daughter. In 2021 the couple moved to England when the husband obtained employment in London. They rented out their flat, the income therefrom being paid to a joint account in Dubai to be later transferred to the wife’s sole account to meet family expenses. To assist in the move to London, where the parties occupied expensive rental accommodation, the wife secured an investor visa, supported by £2m deposited into an investment portfolio (reduced to £1.75m due to downturn the markets, rather than disposal).

Following Peel J’s direction, the parties set out by letter their respective financial positions. The wife put her assets at c. £5m, plus £2m held legally by her but beneficially belonging to her father. The husband put his assets at under £10,000. The husband was, so Peel J found, reasonably well informed about wife’s wealth, and found that the wife was not secretive about her finances.

In March and April 2022 the wife withdrew, with the husband’s knowledge, £32,000 (in four tranches) from the joint bank account to her sole account to meet family expenses. About six months later, in September 2022, the wife announced her wish to separate. At the wife’s invitation the husband issued a petition for divorce followed by Form A. The wife moved out of the joint rented property and into a property owned by her mother, but which is to be gifted to her. At about the same time the wife provided a draft separation agreement to the husband, providing that neither would pursue claims against the other. This was prepared by reference to Sharia law, the wife at the time contemplating to resist the jurisdiction of the English Court (not now pursued by her).

On 30 September 2022 the husband caused a letter to be sent to the wife requesting a formal undertaking from her in the widest of forms covering her assets in the UK and abroad. No justification for the request was given, and Peel J found none to exist. Such an undertaking encompassed the wife’s wealth in such a way so as to ‘negate her ability to exercise any financial autonomy’.

Following removal of $18k from the joint account to the wife’s father the husband repeated the request for an undertaking absent which an application to court was threatened. The wife replied addressing the earlier transaction of £32k, but she did not address, unwisely in Peel J’s view, the $18k. By return the husband renewed, again, his request for, in essence, a worldwide undertaking thereby potentially causing the wife ‘economic paralysis’. Later the same day the wife replied explaining that the monies belonged beneficially to her father (not accepted by the husband) but nevertheless she would return them. The wife also said she does not intend to take any action to deal with or dispose of her assets other than for personal and business purposes and invited any evidence to the contrary to be provided by return.

A freezing injunction application then landed at the wife’s feet and there began the proceedings. The justification for the application was this:

‘i) That W had removed £32,000 from the joint HSBC account in April 2022, although it seems to me that (a) the withdrawals took place 6 months before any intimation of marriage breakdown, (b) similar withdrawals had historically taken place as part of the domestic economy, (c) H was fully aware of the removal of the funds, W making no attempt to keep them concealed from him, (d) H, as he said himself in written evidence, had no issue with it at the time, and (e), W has produced bank statements to demonstrate that monies were, as she says, utilised for family expenses.

ii) That W removed $18,000 from the joint Dubai account and did not immediately explain the removal in correspondence. However, she swiftly remedied that failing by giving an explanation and, although H does not accept that the monies in question belong to W’s father, they were immediately repaid into the account.’

Peel J found the £32k and $18k to be ‘trifling’ in the grand scheme of the wife’s wealth and concluded they did not justify an application. Further, there was no evidence the husband was able to point to in order to demonstrate any malign, or even suspicious, disposal of assets, or improper dealing with assets (at least £5m on the wife’s case). Had she been intending to defeat the husband’s claims, in collusion or alone, Peel J noted that far greater sums would surely have been withdrawn, or transferred beyond the husband’s reach. They were not.

The issue of the wife’s mother’s property - which was to be transferred to the wife but had been halted - was somewhat of a red herring. The wife confirmed through counsel that she fully intends and expects the registration of the property to be completed, and indeed she included it in her list of assets in the letter directed by the court.

Noting that the wife has £1.75m in the investor visa portfolio, and £1m in her mother’s property (soon to be hers), Peel J found there to be at least £2.75m in this jurisdiction (out of £5m) from which the husband’s claims can be met, likely to be limited to needs in the context of this case, it not being in dispute that the bulk of her assets arise from gifts from her family.

In short, the evidential justification for the husband’s application was ‘thin’, and there was little in terms of objective evidence to indicate a solid risk of dissipation.

‘Mere suspicion, or anxiety, on the H’s part is not sufficient.’

And so the application was dismissed.

Peel J reminds us all that the locus classicus for freezing orders remains the judgment of Mostyn J in UL v BK (Freezing Orders: Safeguards: Standard Examples) [2013] EWHC 1735, and although it is nearly a decade old (sorry to make some of us feel old) the key principles are worth repeating:

'Summary of the principles and safeguards

51⁠. The relevant principles and safeguards may be summarised as follows:

i) The court has a general power to preserve specific tangible assets in specie where they are the subject matter of the claim. Such an order does not necessarily require application of all the freezing order principles and safeguards, although it is open to the court to impose them.

ii) For a freezing order in a sum of money which is capable of embracing all of the respondent's assets up to the specified figure it is essential that all the principles and safeguards are scrupulously applied.

iii) Whether the application is made under the 1981 Act or the 1973 Act the applicant must show, by reference to clear evidence, an unjustified dealing with assets (which would include threats) by the respondent giving rise to the conclusion that there is a solid risk of dissipation of assets to the applicant's prejudice. Such an unjustified dealing will normally give rise to the inference that it is done with the intention to defeat the applicant's claim (and such an intention is presumed in the case of an application under the 1973 Act).

iv) The evidence in support of the application must depose to clear facts. The sources of information and belief must be clearly set out.

v) Where the application for a freezing order is made ex parte the applicant has to show that the matter is one of exceptional urgency. Short informal notice must be given to the respondent unless it is essential that he is not made aware of the application. No notice at all would only be justified where there is powerful evidence that the giving of any notice would likely lead the respondent to take steps to defeat the purpose of the injunction, or where there is literally no time to give any notice before the order is required to prevent the threatened wrongful act. Cases where no notice at all can be justified are very rare indeed. The order of the court should record on its face the reason why it was satisfied that no or short notice was given.

vi) Where no notice, or short informal notice, is given the applicant is fixed with a high duty of candour. Breach of that duty will likely lead to a discharge of the order. The applicable principles on the re-grant of the order after discharge are set out in Arena Corporation v Schroeder at para 213.

vii) Where no notice, or short informal notice, is given the safeguards assume critical importance. The safeguards are set out in the standard examples for freezing and search orders. If an applicant seeks to dis-apply any safeguard the court must be made unambiguously aware of this and the departure must be clearly justified. The giving of an undertaking in damages, whether to the respondent or to an affected third party, is an almost invariable requirement; release of this must be clearly justified.'

‘Finally, I draw attention to the great concern of myself and other judges at the continued widespread abuse of the principles governing ex parte applications not only for freezing orders but also more generally. It is worth remembering not only that the ex parte procedure is intrinsically unfair but also, and very importantly, that a case which begins with an ex parte order is usually poisoned from that point onwards. The unilateral step taken at the beginning of case echoes down its history. Often the respondent is enraged by the step taken against him and looks to take counter-offensive measures. Every single subsequent step is coloured by that fateful first step. Costs tend to mount exponentially. And even after the lawyers close their files and render their final bills the personal relations of the spouses will likely remain forever soured”.’

Whilst not without notice, only one hour’s notice was afforded to the wife in this case. There was no novel point of law, nor were the facts particularly notable.

This case is a salutary reminder to practitioners of the high burden which must be met to found a successful application for a freezing injunction. The legal and procedural pre-requisites of a freezing order application, or s 37 application, as set out in UL v BK must be complied with before the court will be willing to entertain granting such an order.

Suspicion is not enough.

Anxiety is not enough.

Study the evidence. Is it sufficient?

Whilst not influencing the substantive merits of the application, Peel J flagged two further issues, which also provide a useful reminder when preparing an application:

(1) The application was supported by a witness statement, when it should have been supported by an affidavit: pursuant to PD21A para 3.1 of the FR; and

(2) The draft order (put before the first application’s judge) made no provision for the wife’s costs of living, the school fees for the parties’ child (which the wife had always paid) and the wife’s legal fees, all of which should have been included as standard exceptions to the full rigours of the proposed freezing order.

Go back to basics. Don’t get caught out.